R-Tech Welding caught up with Robo Challenge to discuss the building of the updated house robots for the up-coming new series of Robot Wars. Robo Challenge purchased an R-Tech MIG180, MIG250 and TIG210EXT to construct these huge robots.

Q - It has been 12 years since the last series of Robot Wars was filmed. What upgrades have you given the house robots to keep up with the changes in technology?

In the last 12 years, technology and materials have improved significantly. These include ultra-lightweight and powerful Lithium Polymer batteries giving increased performance and more spare weight to dedicate to weapons and armour. Motor technology has improved significantly in the recent years with small lightweight and powerful brush-less motors, these can be up to 10x lighter than older brushed motor technology.

With this in mind we knew the House Robots needed more drive power, more weapon power, more armour and also a lot more weight behind them. The drive on Matilda and Shunt are around 12x the power of their predecessors.

Shunts axe is immensely more powerful than it used to be, running at higher CO2 pressures and a much larger weapon overall. Every single element of each robot has been improved to take on the ever increasing power of the competitors. 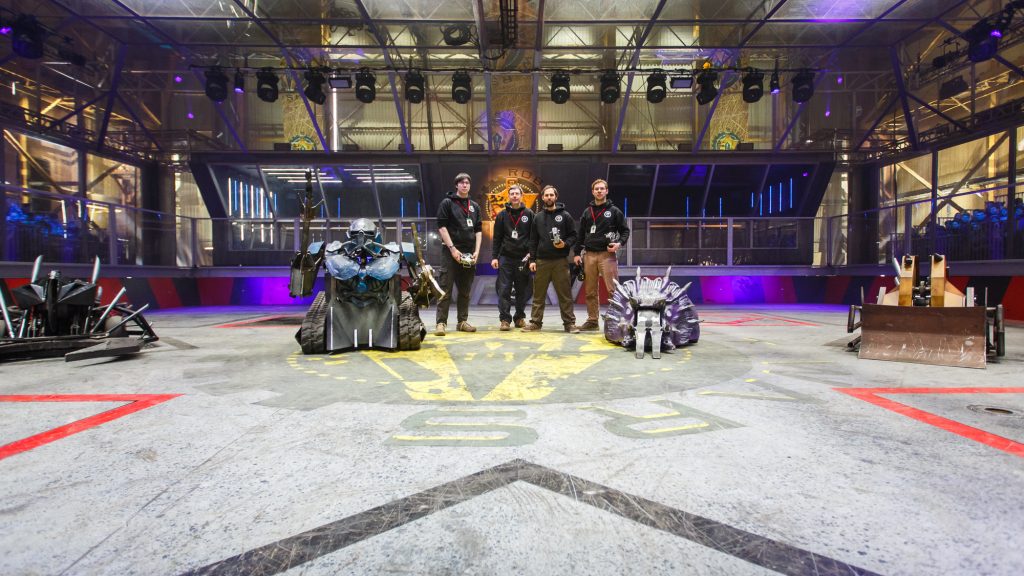 Q - How did Robo Challenge get involved with Robot Wars?

Robo Challenge are contacted regularly with regards to creative engineering projects for TV shows and PR campaigns. Our reputation of high quality work, fast turn arounds and friendly family run business means we are the go-to company for a lot of exciting projects such as this.

Q - What metals are the robots made from?

Each House Robot is created with unique materials and metals to suit their needs. We use a wide range of metals such as mild steel chassis’, Hardox wear plate weaponry, Armox armour plating and Titanium such as the axe head on Shunt. Some of the robots even have thick fibreglass bodies to create the more organic profiles that help create the character of the machines.

Q - The making of the robots included welding using an R-Tech MIG180, MIG250 and TIG210EXT. What were the team’s thoughts on using these machines?

Welders and Plasma cutters were the 2 main tools we used to create the robots. This meant that they were in use constantly, with often 3 welders and the plasma cutter being used at the same time for hours on end each day. With such a wide range of metals to work with, the tools performed flawlessly. We had to weld and cut anything from 1mm mild steel sheet up to 20mm thick Hardox wear plate. The ease and speed of set up of all of our tools are critical to get large projects like this completed quickly and to extremely high standards. The R-Tech equipment didn’t disappoint. It’s nice to finally weld with a TIG that’s silent and doesn’t interfere with the old analogue radio! 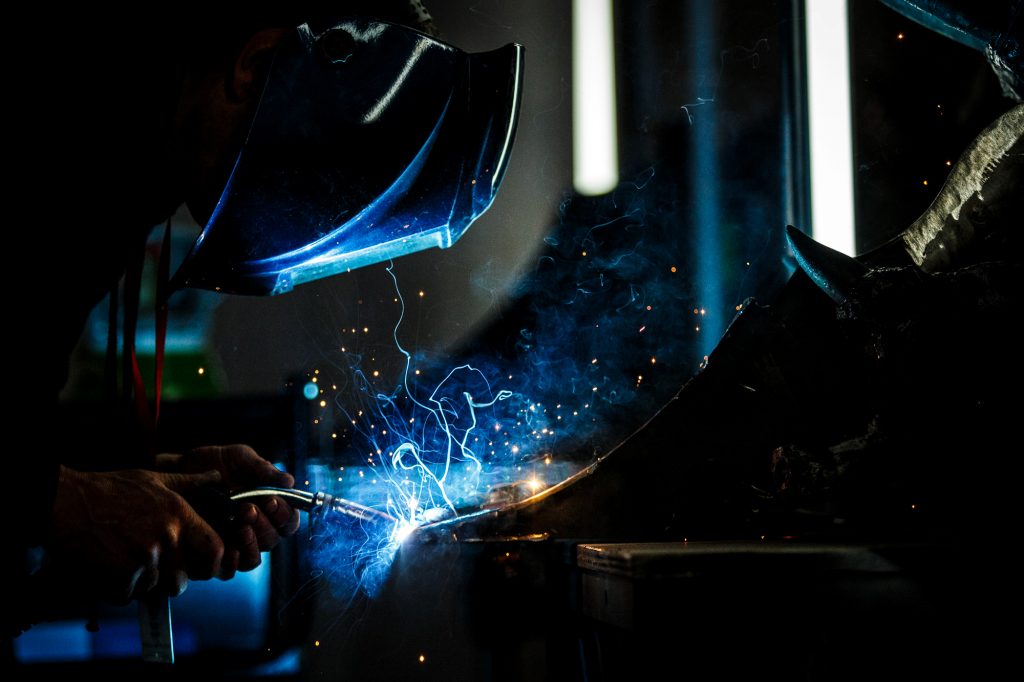 Q - How long did it take to build each of the robots?

Ideas, sketches and meetings went on for quite some time before Robot Wars was announced on what the house robots would be, how they would function and what components would be used. We then had around 7-8 weeks to get all 4 physically built and transported up to Glasgow ready for battle. This was very tight, and I am extremely happy with the end results.

Q - How many of you are there in the team and do you have dedicated team members for each robot?

During our initial designs and discussions, it was clear that we each had our favourite robot from the original series, and our ideas grew with our passion for working on that machine. With this in mind we split into 3 teams, with a leader of each to work on and create the 3 smaller House Robots, Matilda, Dead Metal and Shunt. We then all joined together to create the 741kg beast that is Sir Killalot!

Q - Did you come across any issues in the rebuild and how did you overcome them?

Collectively, our main team of 4 have over 55 years experience in building fighting robots, and with that comes a lot of knowledge on what works and what doesn’t. Just like an engineer can look at a problem and find the solution out of instinct, we can do the same with robots. We have created all sorts of projects for TV and PR campaigns so we are very familiar with the technologies used, the reliability and how these components work in unconventional circumstances. We had very few issues along the way, which is what allowed us to complete them in such a short timescale. There are the obvious things where we have a change of mind of the placement of a component or the visual aspect wanted tweaking, but all in all the builds went very smoothly. 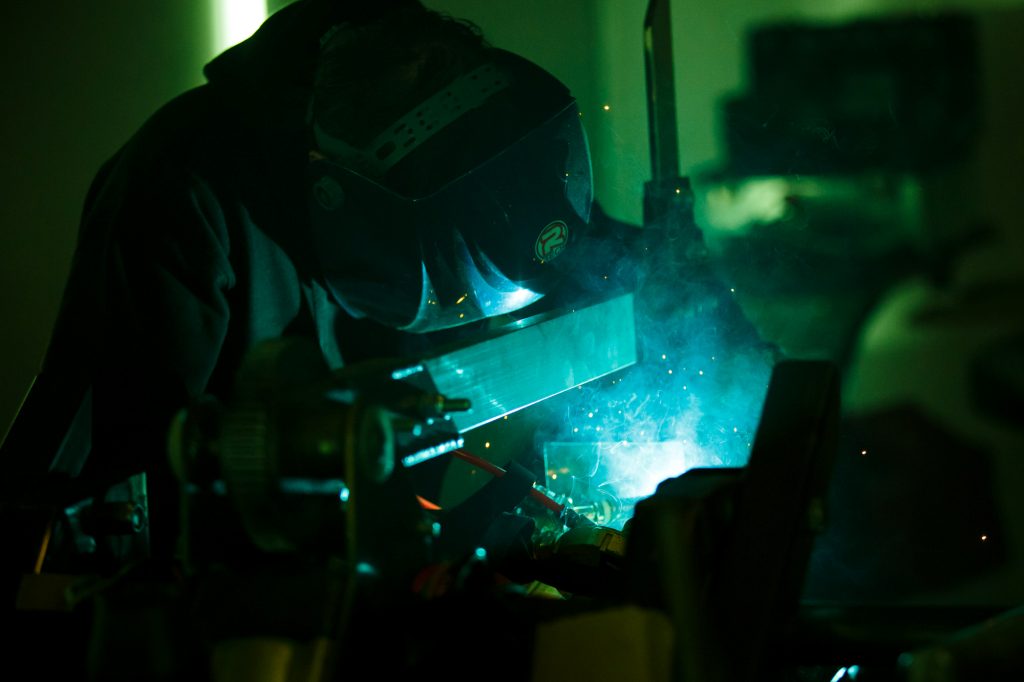 Q - There are only 4 house robots, how did you decide which ones to bring back?

I think this was the easiest choice for everyone involved. As consultants on the show, we searched on Robot Wars fan pages and websites where there were LOTS of discussions about the original house robots, which ones they liked and which they didn’t. There was a clear top 4, each with unique characters and weaponry that we felt could really be improved upon. We sent our findings and opinions to Mentorn (Production company behind the original and new Robot Wars) and BBC who also agreed that bringing back Matilda, Dead Metal, Shunt and Sir Killalot was a great way to kick off the new series. Early on there were discussions of creating all new designs, however I think BBC have made a great choice with bringing the fan favourites back, evolved and better than ever.

Q - What weapons have each of the robots got?

Each House Robot is unique in its weaponry.

Matilda : Flipping tusks capable of lifting 1.5tonnes, and a 35kg Hardox flywheel on the rear to tear into its prey.

Shunt : Titanium tipped axe, that swings over in less that 0.25ms onto its opponents. Powered by CO2 it also has a Hardox Bucket on the front to flip with more than 350kg of force.

Sir Killalot : 2 large hydraulic operated arms capable of lifting 300kg each. One is equipped with a large drill lance, and the other with a powerful crushing claw with more than 2500kg of crush at the tips. 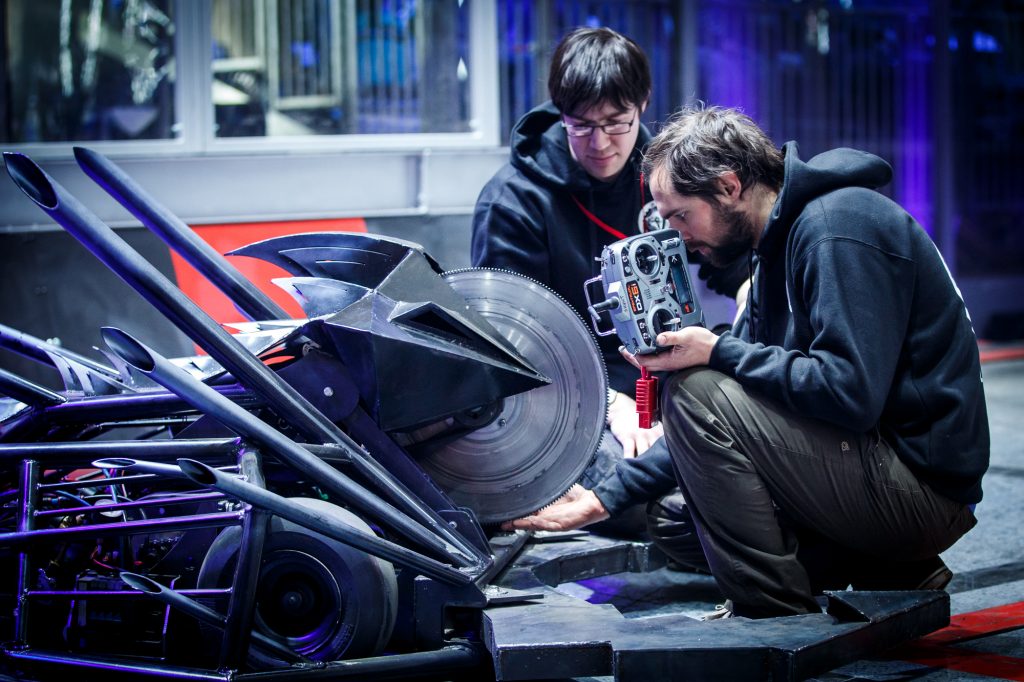 Q - Will there be more series made?

We can only speculate at this point as the new series that was filmed in March this year has not been aired or seen yet. Until feedback and viewing figures come in I doubt we will hear anything regarding another series. The hype online so far is immense, and I genuinely hope the show is a huge success. I grew up watching Robot Wars as a child and started building my own smaller robots in school, sculpting my career and ultimately leading to the creation of our company Robo Challenge. There are very few TV shows that can reach such a wide range of audience, whilst at the same time promoting Science, Technology, Engineering and Maths, which is key for the younger generation.

Q - What is the next project for Robo Challenge?

At Robo Challenge we are almost always working on something exciting, but sadly we are not allowed to say exactly what they are until our projects appear to the public. However, Keep an eye on CBBC for Dick and Dom’s Absolute Genius, and The Gadget Show in the near future for some of the builds we are currently working on!