Our second instalment of Meet the Welder is even closer to home! Graham is one of the R-Tech team and has been working on this project in his spare time. Graham has been a member of our sales team for just over 2 years. Having never welded before starting work on his car he had some learning to do, as always the rest of the R-Tech Team were on hand with advice! 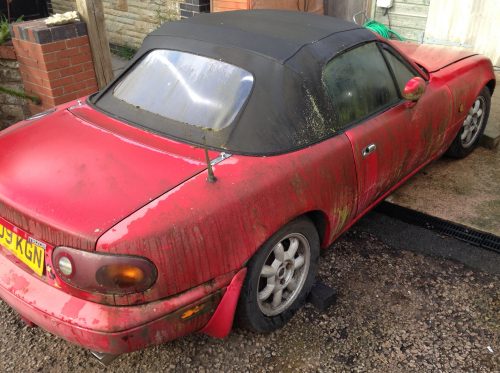 R-Tech: When did you start work on this project and what was the driving force behind it?

Graham: I bought a Mazda MK1 MX5 in January 2006 as a cheap & fun daily driver, but discovered the massive market for spares & modifications soon after. It didn’t take long for me to start on the never-ending road of improving its performance & handling.

Before being part of the R-Tech team, I was self-employed, & used a van for most trips anywhere. I ‘temporarily’ laid the car up in 2012 as it was a bit of a financial extravagance at that time.

I hadn’t planned to keep the car off the road for more than a few months, but that somehow turned into 5 years; 5 years of sitting on my drive, in all weather, going nowhere, quietly rotting in hidden places!

I joined R-Tech in March 2017, & decided it was time to resurrect the car as my daily drive.

I knew there was visible rust punching through the rear sills, a common issue with the car. What I didn’t realise though was how far the rust had penetrated into the body. Before I knew it, a simple rust repair had turned into a full-on re-build of the rear sill sections on both sides. 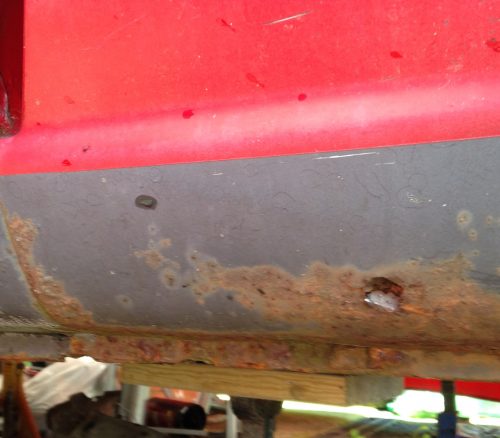 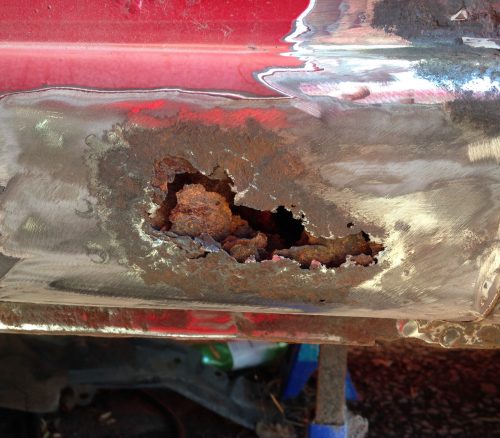 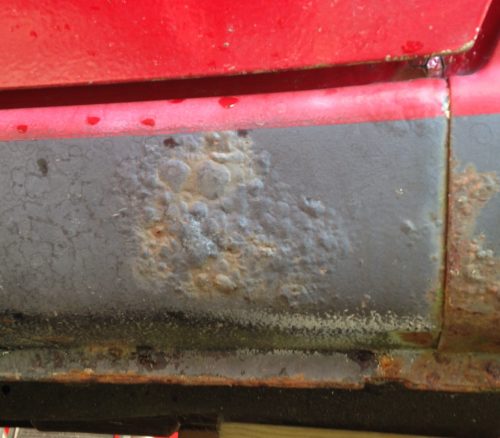 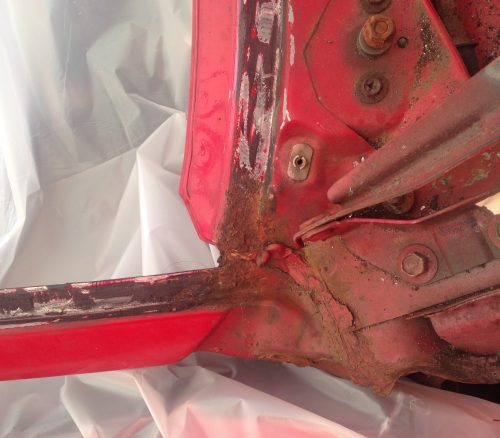 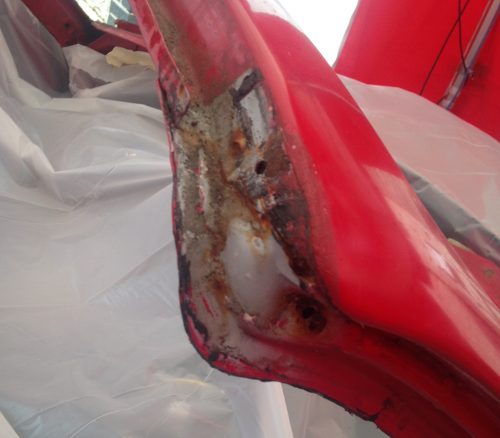 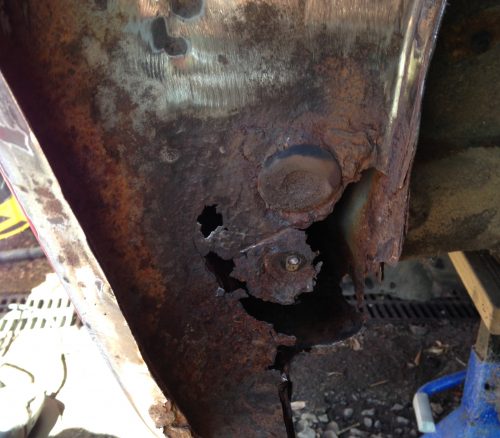 R-Tech: How long has it taken to get to this point? How many hours in total have gone into it already?

Graham: Impossible to say! I started the resurrection project in April 2017, steadily looking for work that needed doing. I wanted to set up a plan of action; at that point in time I didn’t think it was going to be that big a project.

I spent two weeks in the summer of 2018 cutting and welding, and another two weeks this year prepping for paint, and then painting. Apart from these two solid efforts, there have been many weekends and late evenings after work. I sort of knew before I started that it would take longer and cost more than I expected, so I really didn’t want to know how long it’s really taken, or how much it’s cost…

R-Tech: Had you done any welding before you started this project?

Graham: No, nothing at all. Before R-Tech I was a self-employed electrician; I’d promised myself that I’d learn to weld at some point, so was mentally prepped for it.

R-Tech: Which welder have you used and how have you found the process/machine to use?

Graham: The MIG180 for panel work, alongside the P30C plasma cutter. Also, in process of using one of our TG170EXT machines for alloy intercooler pipes etc.

I hadn’t used a plasma cutter or welder before joining R-Tech, so I’ve benefited from loads of freely given advice from my colleagues on welding and cutting. In my first few weeks working at R-Tech I spent quite a lot of time in our technical/service department testing completed machines fully. We fully test all machines before dispatch, using them exactly as they’re going to be used by customers. This process of bench working the machines gave me an important amount of hands on experience of how to MIG & TIG weld, along with plasma cutting. It’s come in really useful for my project, & also for giving real world advice to our customers. 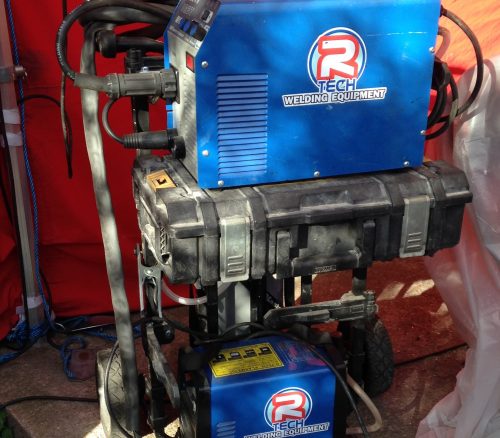 R-Tech: What has been the hardest part of this project for you?

Graham: Knuckling down to all the nitty gritty little jobs that need doing; repetitive tasks like prepping for paint etc. I’ve had to be determined to stick to each job I’m working on as there’s always a temptation to jump into the more fun and interesting stuff (like getting the engine running..!). At the start I was a bit daunted about the cutting and welding work, expecting it to be scarily difficult – in reality, as I’ve used quality equipment and have received good advice, I’ve done a job I’m proud of.

R-Tech: What has been the most rewarding part of the project?

Graham: I’ve just about completed a full respray of the car. All panels where stripped back to bare metal, dents & dings filled. It’s looking really good, properly chuffed with myself.

However, before the paint, the most rewarding part was getting my first panel welded on; loads of metal fettling, bending and shaping, tack welds, then full on weld up. I’d been apprehensive before starting, but after I’d done this first panel, I developed a real confidence.

R-Tech: What has been your biggest learning curve with this project?

Graham: Being brave with the metal work. There’s loads of advice and videos on the internet, much of it contradictory. The advice my colleagues at R-Tech gave me the confidence to just get going. 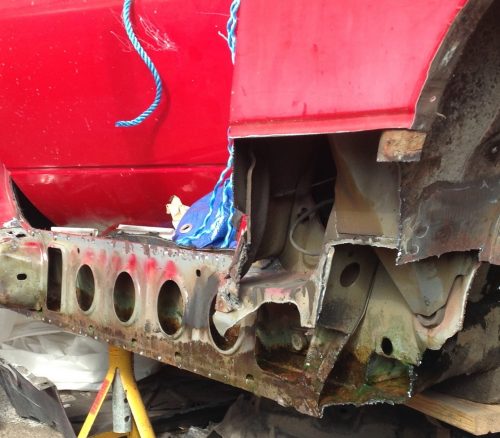 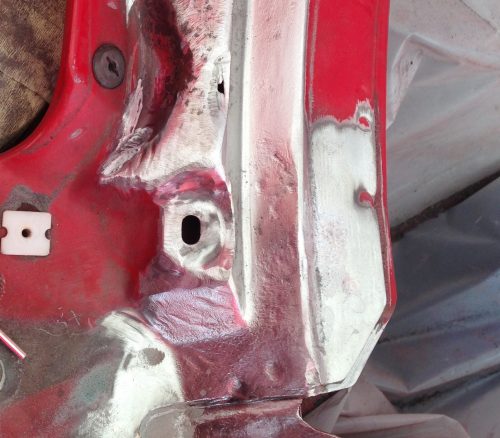 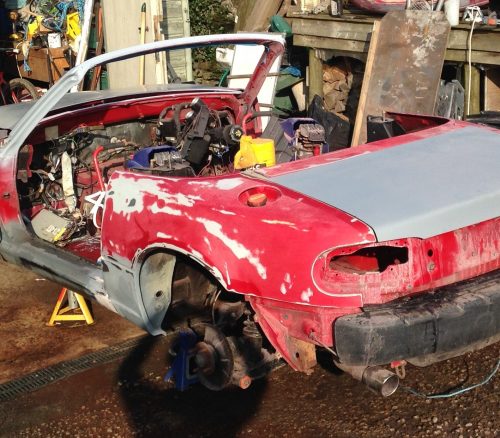 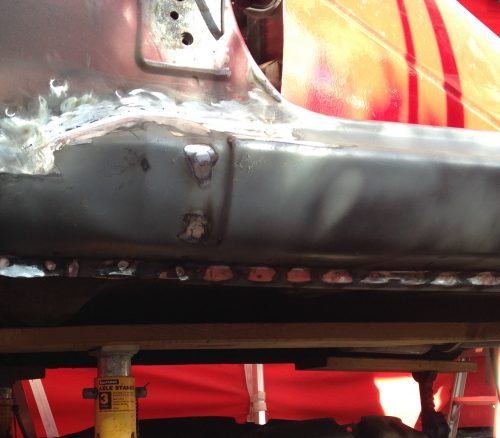 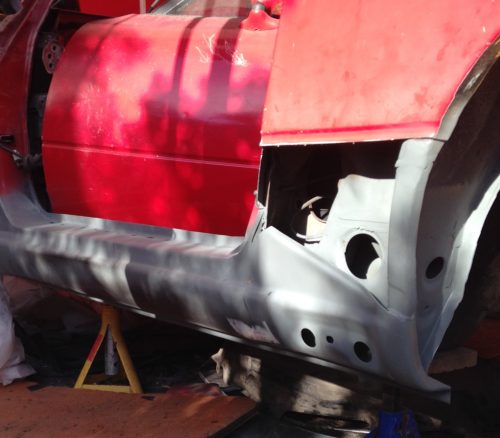 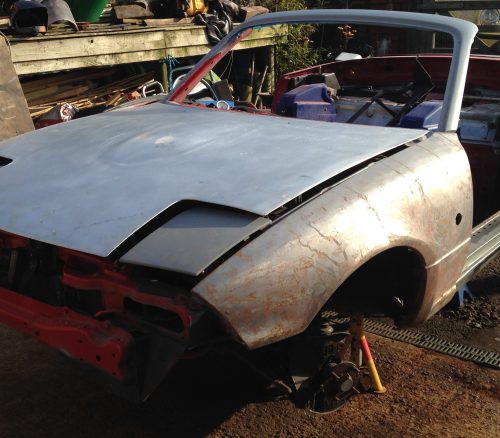 R-Tech: If you had any advice for someone looking to restore their own car what would it be?

Graham: Plan how long you think it will take you, then treble it! Plan how much you’re going to budget for it, then just lose the receipts!

Seriously though, don’t be shy in seeking advice from anyone. Most people that have good knowledge will be only too happy to share their experiences & tips with you. We spend a lot of time here doing just that for our customers, & we’re always happy to share what we know.

Also, make sure you’ve plenty of dry space to work in as well as loads of storage for all the parts you need to keep. It will be tough going sometimes, so always have targets set in terms of what you aim to achieve on each work session. Don’t, however tempted it may be though, ever give up.

R-Tech: What’s next on the agenda once the car is finished?

Graham: Hmm, I’ll cross that bridge when I get there! I think I’ve made some promises to my wife & daughter about decorating… 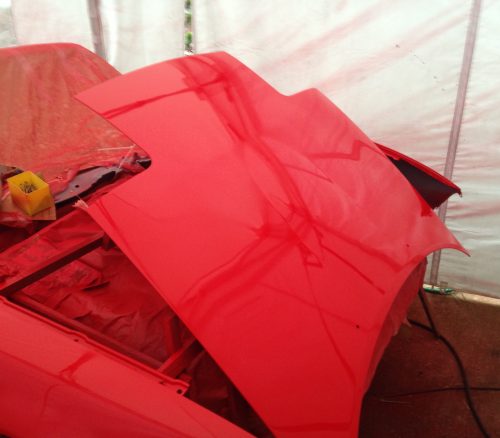 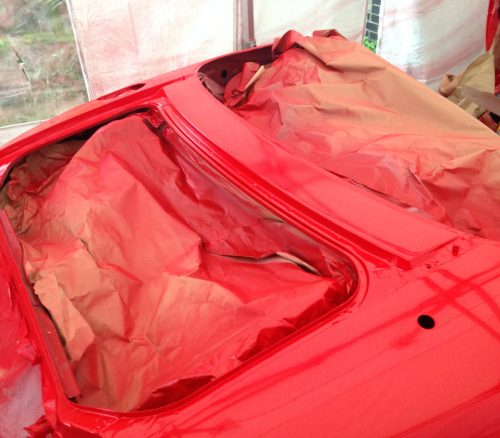 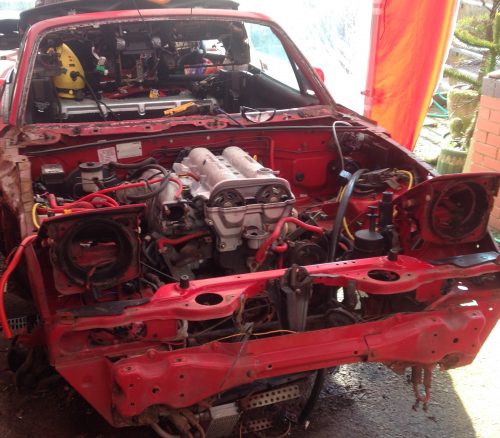 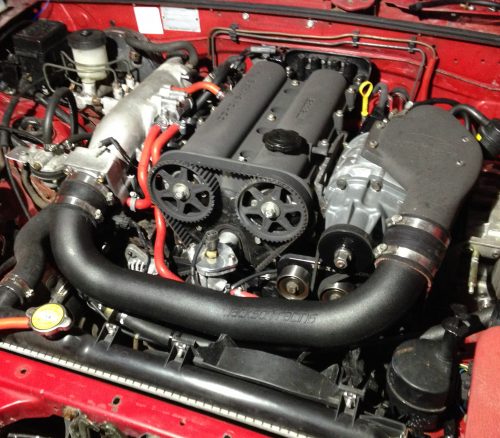 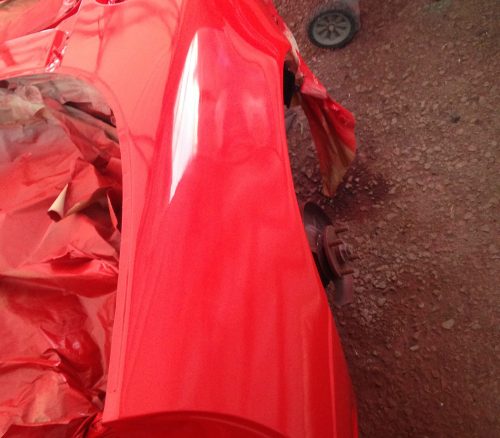 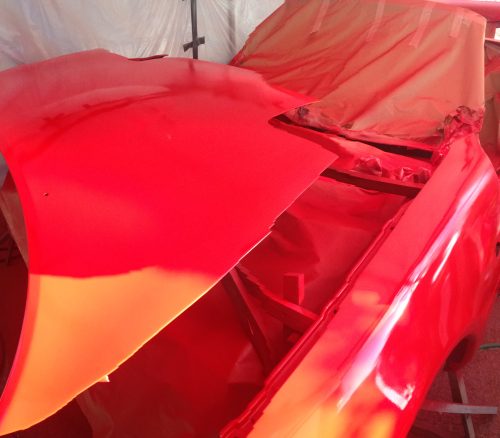