Chat with us, powered by LiveChat
The store will not work correctly in the case when cookies are disabled.

We use cookies to make your experience better. To comply with the new e-Privacy directive, we need to ask for your consent to set the cookies. Learn more

We eat, sleep and breathe welding and welding equipment and we love talking about welding…
Discover More

Advanced TIG welding techniques may not be easy, but getting your hands on our machines with 0% finance certainly is…
Discover More

Our no-quibble 3-year warranty includes collection and delivery, with quick turnaround time, we will keep you welding.
Discover More

Only the best power units

All our machines are built with robust metal cabinets, tried-and-tested parts and the latest ultra-reliable inverter power components from the top German and American companies.
Discover More

Whether you need Dronco cutting discs, some TIG filler rods or a new plasma cutter electrode, you shouldn’t have to wait longer than absolutely necessary. We deliver consumables fast…
Discover More
Supporting You Welding

Whether for MIG, TIG, plasma cutting or something else, our extensive guides are free to read online or download…
Discover More

Our friendly, helpful, UK-based support team is ready to help you with your welding enquiry…
Discover More

We eat, sleep and breathe welding and welding equipment and we love talking about welding…
Discover More

Because our machines are built to last, so should our future support…
Discover More

WHAT IS INVERTER WELDING TECHNOLOGY?

An inverter-based welder provides many benefits over traditional copper wound transformer machines. The most notable benefit is that of size and weight. An inverter is smaller and is a fraction of the weight of a transformer based machine so it is far more lightweight and portable. Inverters use a lot less input power to get the same output power than the older transformer type machines, so they consume a lot less electricity and therefore are greener to run.

As an inverter's power output is controlled electronically there is an infinite amount of power adjustment. In most cases (and featured in all our machines) a rotating control knob is used to adjust the power output of these modules, thus allowing fingertip adjustment between 0 and 100%. This enables the user to accurately and very finely control the welding output to suit any given application. It is usual to find that traditional welders have a number of step settings. These have limitations where setting 2 might not be powerful enough but setting 3 is too much. Using an inverter-based welder allows you to set the welding power output exactly where you want it.

Yes! Years of development have resulted in cost effective and very efficient power modules. We use Eupec Infineon® inverter modules to power our welding machines. The company is part of the Siemens group and have been producing the highest quality inverter power modules for many years.

The inverter modules that we feature in our welding machines are also referred to as IGBT's. This stands for Insulated-Gate Bi-Polar Transistor. There is another type of power module called a MOSFET. Whilst they perform in a similar way to IGBT's they are a much older technology and are often built in banks. As a single component, most MOSFET's are small in size and power output so many MOSFETs are required (typically in lower powered welding machines) to achieve the same output as a single specified IGBT. The disadvantages to these modules are that if one MOSFET fails the whole machine fails. Often, based on our experience as a leading warranty repairer for other welding manufacturers, we find that one single failure can lead to others in the 'bank' failing too. In many cases, MOSFET's are used in cheaper machines to keep the cost down.

IGBT power modules are more efficient and are less prone to failure - one reason why we use them in all our machines. In addition we are also able to produce welding machines with much higher duty cycles as the inverter modules (IGBT's) we use have a higher specification than many leading brands.

In an easier to visualise analogy think about starting your car with a with a proper 12v car battery instead of using a large number of AA household batteries. That's the difference in using IGBT's over MOSFET's. Pick the right components for the job. Pick an inverter welder powered by Infineon IGBT's. 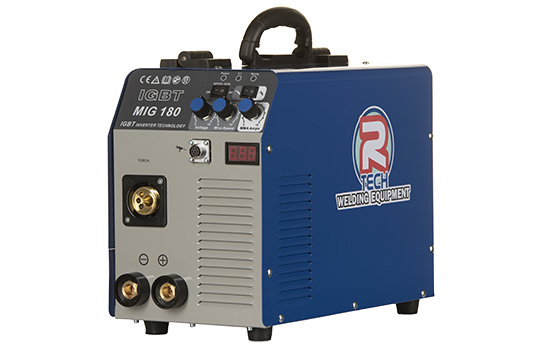 View our range of MIG Welders 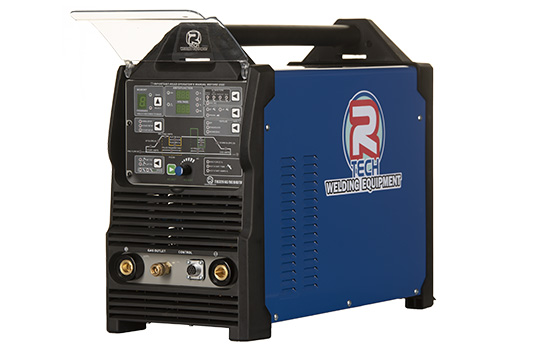 View our range of TIG Welders 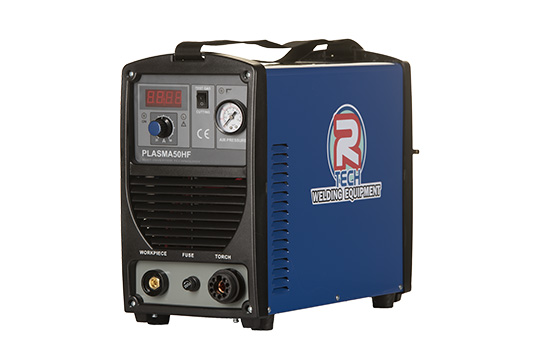 View our range of Plasma Cutters 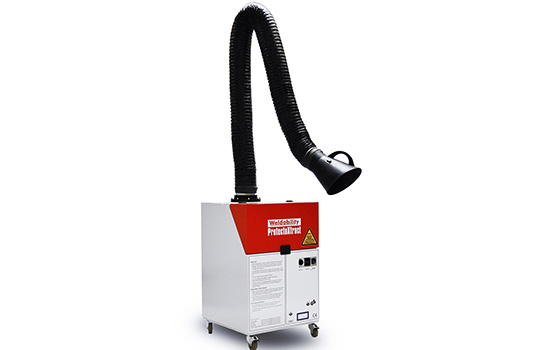